The upload to the live version is scheduled for June 7th. Go test it and give feedback and report bugs via #bug. I already reported about 5, you?

It is super massive and the patchnotes reveal many more details than we could touch on in our previous post. If you want a shorter overview about Hector read our other post first. If you care about the juciy numbers, read on below!

Corrections, comments and things I didnt touch upon: aoinformer@gmail.com ; Discord or on the forums.

The Black Market is now open in Caerleon!

Comment: The BM feature was announced and discussed in great length on the fourms. Now we can see it in action. The interface to sell items to him looks like the AH interface. The prices for items were way to low to be worth selling anything to him, but those price values will be off anyways because the test-server has no regular dieing mobs. We have to wait until the BM hits the live server to be able to judge its prices and efficieny. I love the look of the massive guards next to the fat guy that has nicely designed animations as well imo.

Comment: Not a lot of further information compared to the patch announcement tuesday. But now we know how to call the portal in Caerleon: its a ‘Realmgate’ … not a ‘Dark Portal’ .. heh. Maybe the only thing to highlight here is the 1 hour lockout instead of the 2 hour lockout mentioned in the dev recap video last week.

Declaring GvG fights 22h in advance is important for guilds to take note of!

New layout
Hellgate areas have been rebuilt from scratch
The map now forms a pentagram, allowing groups to rotate around them as they see fit – this should be much better from a PvP perspective
You can enter at any one of five points
Mob revisions
Mobs are now set up to be much easier to disengage from
Consistent DPS reduced to make it less crippling to be ambushed while fighting them
Minibosses
There are now five minibosses
You need to kill all five to trigger the main boss
Helping to kill a miniboss gives a short 5% buff to damage and resistances
Exit timer
You can’t leave any hell until you’ve been there for at least four minutes (or until you die)
Infernal Hellgate
This is the new name for the Hellgate found in red and black zones, which still exists, but with all the changes outlined above
Ignited Hellgate
Ignited Hellgate is a new Hellgate, found in yellow zones
When you lose all your health inside this gate, you’re knocked down and ejected from hell
The hostile counter is enabled
Item power is soft-capped to keep them competitive
Fame and loot are scaled appropriately for its reduced danger level
Ashen Hellgate
Ashen Hellgate is a new Hellgate, found in green zones
Similar to the Ignited Hell, with the following changes:

Comment: The 5% buff value was unkown prior to now and the 5 min lock to the HG is important to register. Ashen HG’s have no final boss. Why not? Because once new players actually do a 5-player version they expect a chest and get a ‘oh shit’ moment once there is a boss instead of a chest? Probably not and its just to shorten the duration of the thing, but oh well – a thought.

Undead, Keepers and Morganas now all have two faction mounts: a regular one, and an epic one which has activated ability. Note that the Undead Bonehorse already exists and is therefore not listed here.

Comment: Skills announced! Invis, Sprint & Flametrail. Standard MMO skills, but cool nonetheless I guess. I’m loooking forward to seeing how rare they turn out to be, especially since they seem to require the T5 version of the faction mount to make the T8 faction mount (T8 morgana horse paragraph is unclear in that regard, but since the other 2 T8 faction mounts require the lower tier faction mount its safe to assume anyhow).

Comment: I played through the tutorial just now and it continues the initial questline (of picking up 3 rough logs and so on) after you make your T1 sword and equip it. Then it sends you to the starter town where you are asked to get more T1 tools, harvest T2 materials, refine them to make your T2 weapon and a set of T2 armor. It ends with sending you to kill heretics to gather 150 silver and using that silver to buy a mount token from the AH. I played the tutorial shortly after the patch went up on the testserver and the mount tokens weren’t seeded on the testserver yet, so I couldnt continue after this, but I assume this concludes the tutorial. I really liked the longer and improved tutorial as it puts you in a much better spot gear wise than the old one did. Props. 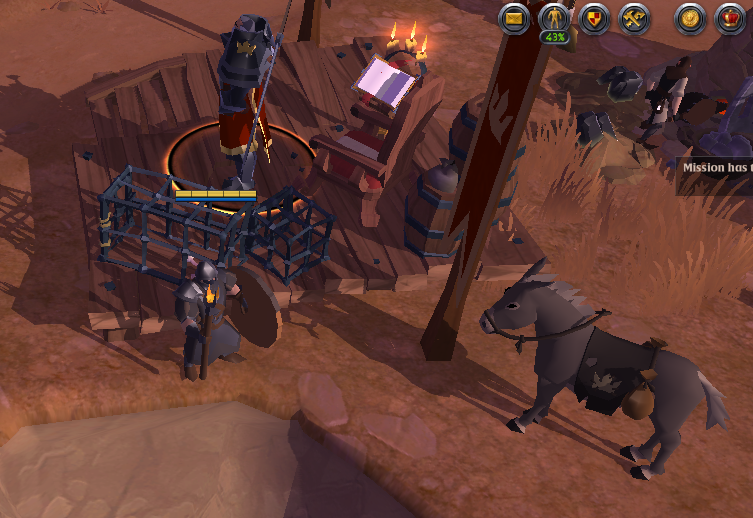 Healing Potions:
Heals a portion of the max heals over the course of 15s (Duration is the same on every tier)
Energy Potions:
Instantly restores a percentage of the max energy
Resistance Potions:
Increases Resistances and Crowd Control Resistance for 6s.
Revive Flasks are now Gigantify Potions:
Increases Max Health and Max Load for 15s
Chilling Flasks are now Sticky Potions:
Can be thrown at a ground target, to create an area which slows and reduces damage of enemies.
Recovery Potions are now Poison Potions:
Can be thrown at enemies to poison them, dealing true damage over time and reducing armor.
Cleansing Potions are now Invisibility Potions:
The caster turns invisible after consumption.

Comment: Potion details! They hadnt been detailed in the initial announcement, but they really have re-done a lot of them. No more revive flasks! (Since you can get up anyway?) Healing potion description is unclear sadly. Will have to try out in-game and report back.

–edit: appareantly Inis Mon it is supposed to be a unrestricted PvP yellow zone (knowckdowns.. meh), but they forgot to include that on the testserver.  —

But at least we get massive boobs? 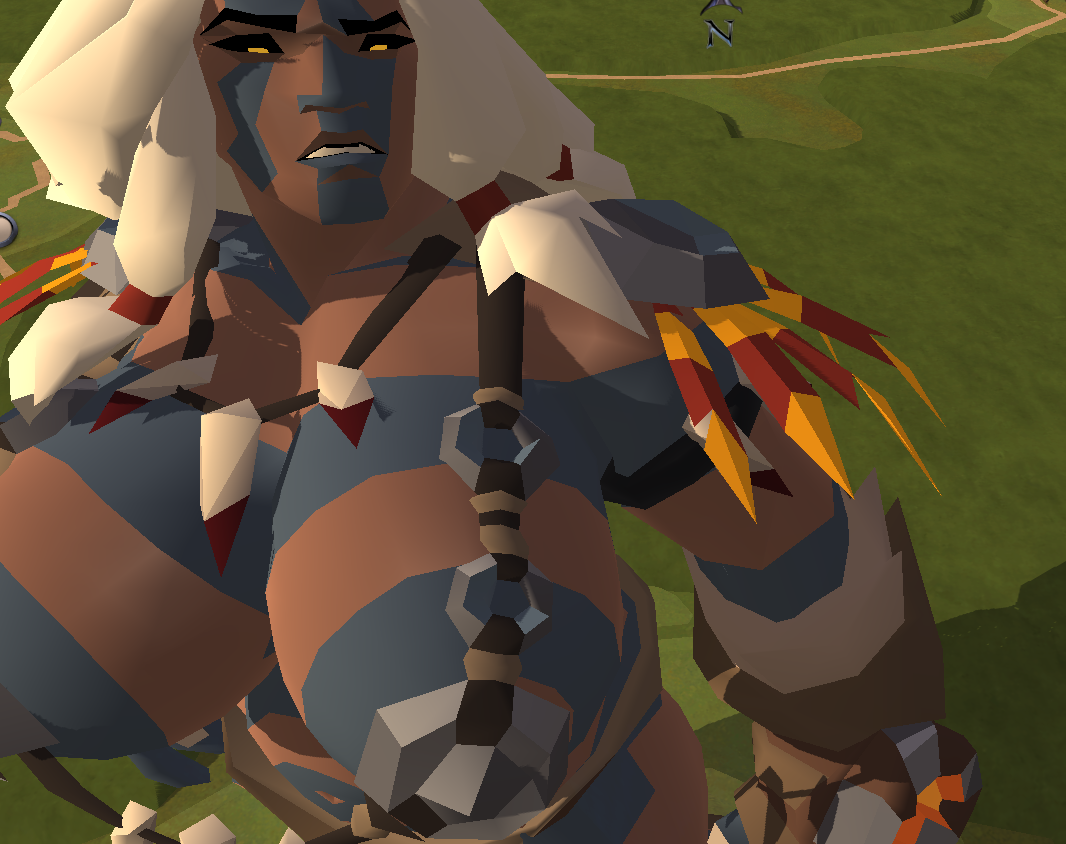 Comment: Ohhh so much good stuff in here. I love the new loading screens, they really are 700% more awesome and it makes the game feel a lot more complete in a way. Weird how these things can make a difference. Most of the other stuff is nice details on the UI improvements and francly downright expected improvements to a 2017 MMO UI.

I won’t comment on the combat balance today as we have to take a much closer look. But we see a few new spells and an across the board increase in CC removal cooldowns. This change specifically may have been influenced by direct community feedback!

Here is a screenshot of T2 armor. Mostly plate got some improvements as far as I could see. 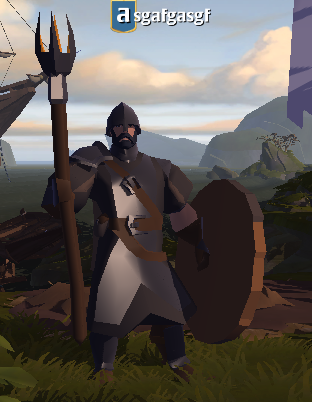 The balance changes on this server are not final and may change before the update hits the live game!

Comment: Faster Ox speed! Tackling one of the turn-offs of the game? Walking.

Comment: Okay, uh. But what are they for now?

Comment: Anyone have some insight why they did this? Bigger numbers look cooler in games? Or to accomodate for the new focus balance below?

Comment: Yet another laborer nerf. I suppose ‘free’ additional 20% resources if you remember to take a journal out into the world is alright anyway? And if you wear gathering gear the additional procs give fame and fill the book faster too.

Comment: More fame required to specialize into things. Are they finally confident with how long they want things to take to be unlocked in a live setting of the game?

Comment: Not happy with their AH prices? If anyone wants to venture a guess to why they did that PM me.

Comment: A fix to pulling single mobs out of packs by leashing the rest? Or am I missing something here? If so, this is pretty big for PvE!

Comment: Say My Name and Tridra right? Or am I missing someone?

Please let me know if you have any further comments or corrections and I will add them to the post!